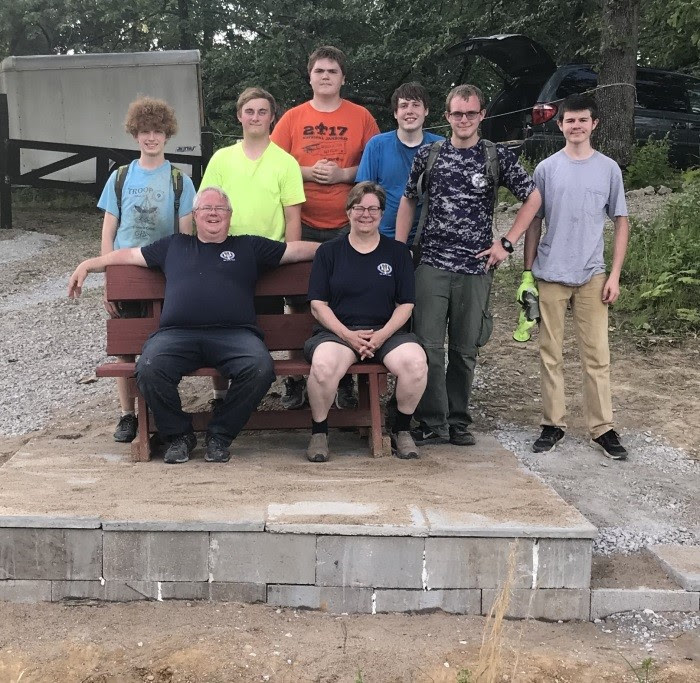 At DuBois Center during May, guest groups are in and out nearly every week and weekend, and work crews tackle final projects before our busy summer season. On Memorial Day weekend, scouts from Troop 9, Ship 9 and Crew 9 took on a number of projects at the waterfront. They worked on erosion issues, cleared the trail between the swim beach and boating dock, and constructed a “landing” for benches and shoes. Campers now have a great place to stow their shoes before jumping in and heading for the water mat or loading into canoes. 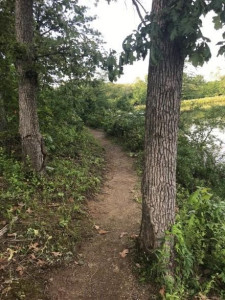 The estimated cost of the project was $841. Christ UCC, Belleville – home base for these scout groups – donated $180; pavers, blocks, food for the hungry workers and tools were also donated. The project was designed and the work coordinated by James Taylor as his Eagle Project. He enlisted the assistance of the St. Louis Job Corps cement pre-apprentice program, which provided the custom pavers. Making the pavers provided practice in forms, mixing concrete and finishing work for Jobs Corps members. A total of 26 people, including a number of troop members, assisted with the project. Together they logged 259 hours of service. THANKS to James, his crew and supporters! Your efforts are greatly appreciated.

Know someone who might be interested in an Eagle Project at DuBois Center? The best time to contact us and begin the process is from Aug 15 – Sept 15.