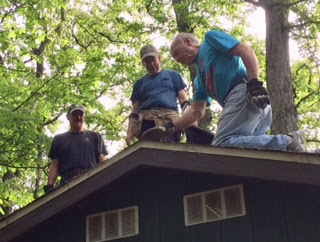 On Friday, May 20th, a group of amazing Illinois South Conference people answered the call to install new ridge vents on 10 cabins on the rustic side of camp. These roof vents will improve the air circulation and air quality in the cabins for campers coming for the first time since the COVID-19 pandemic. 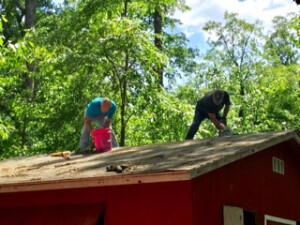 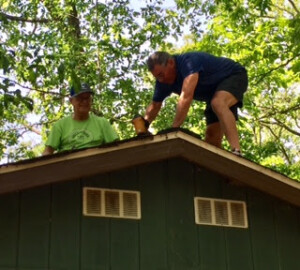 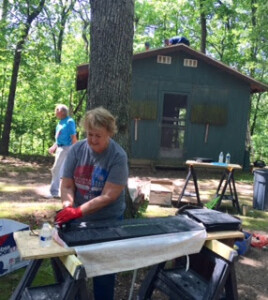 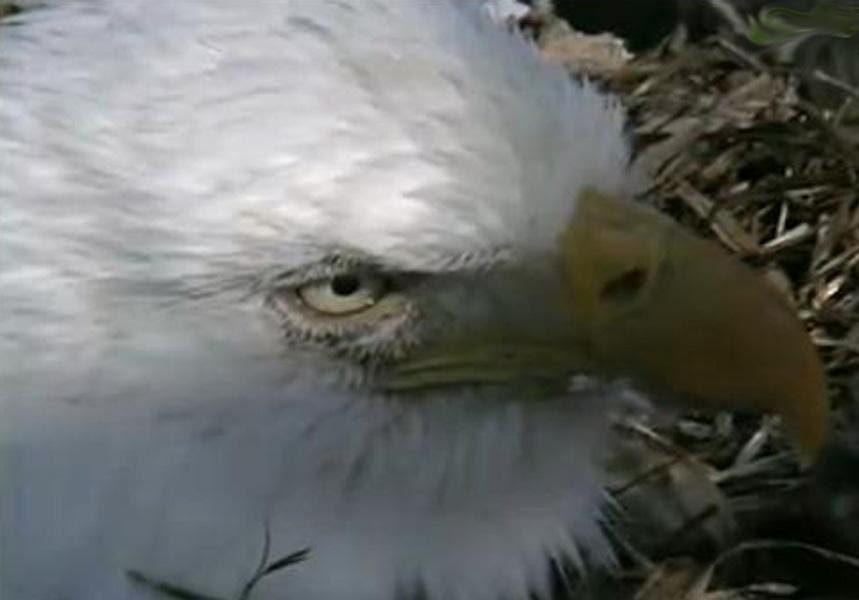 Last week while running around DuBois Center making preparations for summer camp, I was stunned to find an eagle sitting above our lake for the third time in about three weeks. Perhaps due to being closed down last summer, our lake seems to have maintained its own healthy ecosystem, which in turn invited this new friend to our property. I am reminded of nature’s resiliency – the beauty of our planet is that it is able to return itself to balance.

These have been times for human resiliency, too. As Illinois announced last week that we are in the “Bridge to Phase 5” – with the promise around the corner of life as we remember it provided COVID-19 numbers continue to decline, I am thankful for all the ways we have persevered as the church through this year. 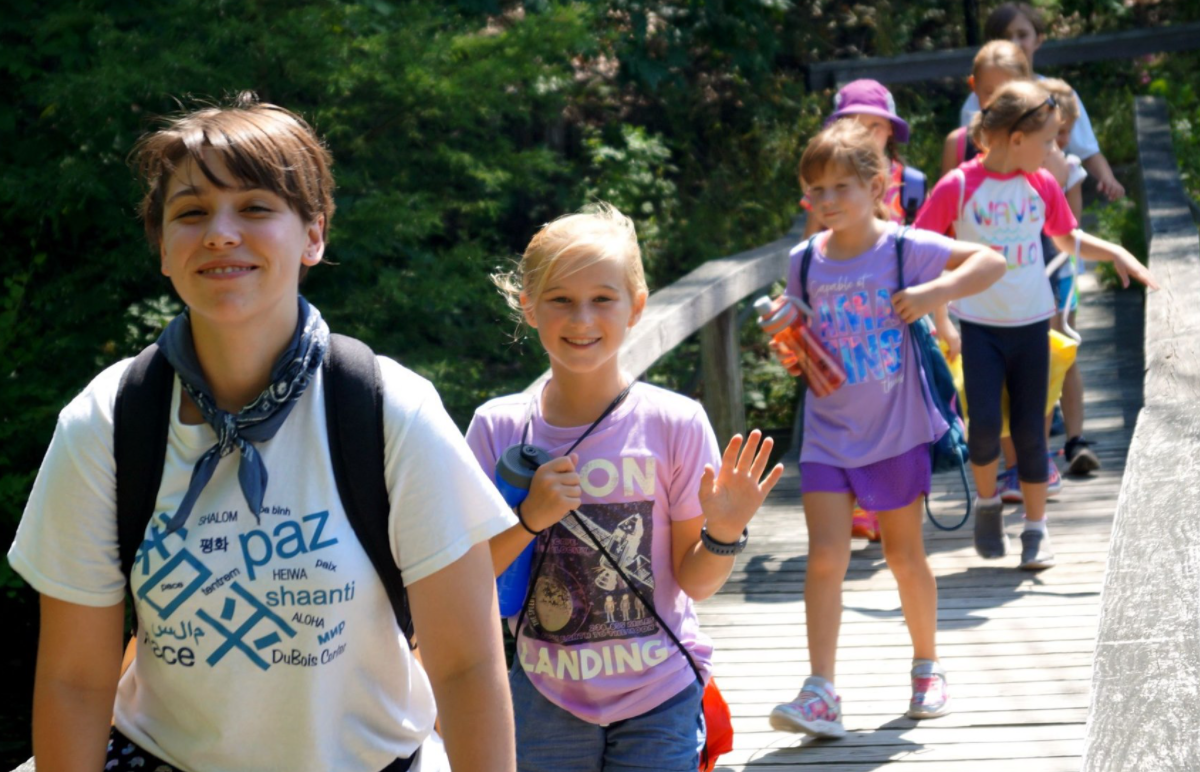 I am, thankfully, lucky enough to have a sister who lives close to the beach in Florida. This last weekend, after more than a year of not being able to see each other due to the ongoing COVID-19 pandemic, my whole family was able to be together to witness my sister’s graduation, celebrate my dad’s birthday and Mother’s Day, and my and my wife’s anniversary. This was made possible, of course, by all of our measures to slow the spread of COVID-19, vaccines, and commitment to ongoing prevention methods. As my family and I sat on the beach, soaking up the sun and each other’s presence, I no longer had to dwell on the absence we have felt in the last year. It was great to be reconnected in person and be able to enjoy one of God’s most magnificent creations together.

It dawned on me that this summer will be a lot like these precious moments – a time of reconnecting, rebuilding relationships, and centering ourselves in God’s love. I hope you can find a way to be a part of what is cooking up for this summer at DuBois Center! We are still hiring a number of positions, especially counselors/activity coordinators, without whom we cannot provide the programing we desperately want to provide this summer! Please consider if there is a way you can join us, and email the office at dcinfo@duboiscenter.org for more information on volunteering and/or applying!

I hope you and your family experience God’s abundant love this week! 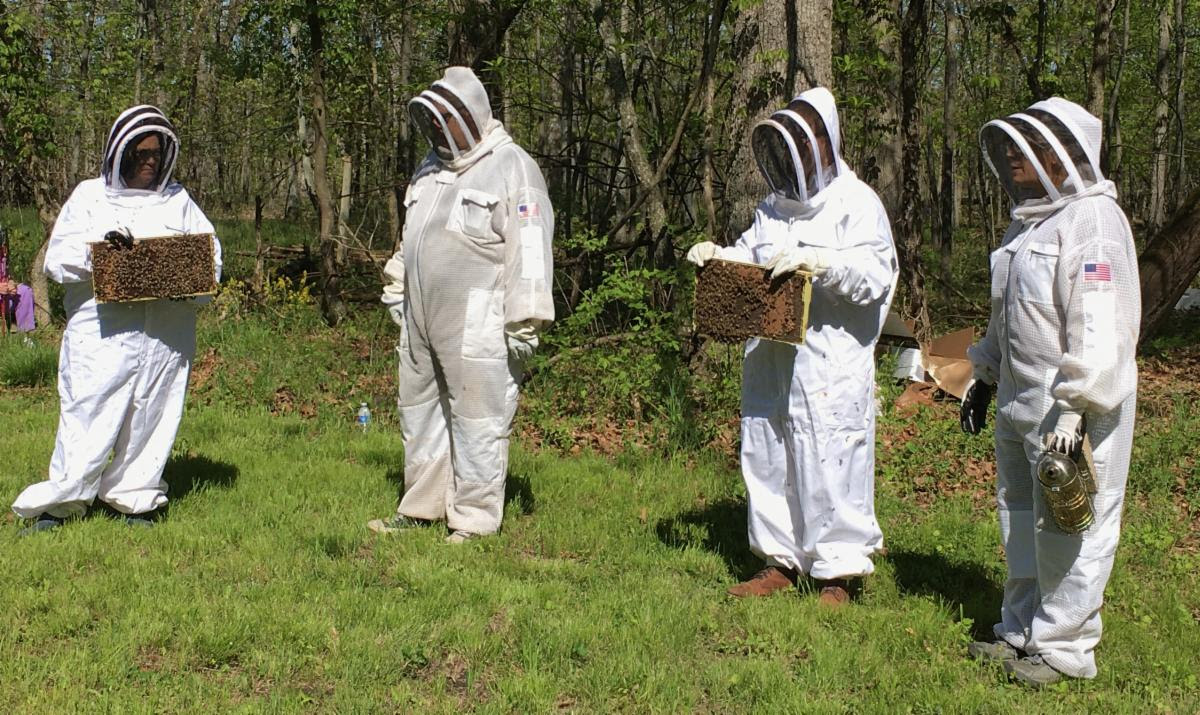 The Green DuBois team is happy to be out of hibernation, and back at camp. At the recent DuBois Center Open House, we welcomed and blessed a new hive of bees. Our two previous hives were hit with American Foulbrood disease, and did not survive the winter. We are in the process of adding 3 new hives to replace them, in two new locations. During the Open House, our new Acting Director of Outdoor Ministries, our Conference Minister and two of our beekeepers all suited up to bless the first of the colonies to arrive. Above, pictured left to right, are Shana Johnson, ISC Conference Minister; Beekeeper John Pawloski; Hayley Elliott, Acting Director of Outdoor Ministries; and Beekeeper Julie Kies. Two more colonies should arrive in the next few weeks. 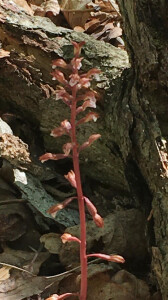 Last week, the invasive species removal team was able to get out in the woods for the first time in more than a year, and they did extensive work around and behind the bathhouse on the Rustic side of camp. They removed in the neighborhood of 500 Japanese bush honeysuckle in one morning, and in the process came across some wonderful finds, including a mother dove on the nest, a few skinks, frogs, a native orchid and a whole log colonized with devil’s cup mushrooms. The orchid, a Wister’s Coralroot (or Spring Coralroot,) is of special interest. It’s not particularly rare, but it does indicate a healthy forest. This orchid grows about a foot tall, has no chlorophyll, and its tiny white blooms only stay open a short time. It grows where it finds specific compatible fungi in the soil. Three specimens were found across the slope going down to the lake. Sections of the woods where the team had previously worked had very few new bush honeysuckle, and that’s a sign we’re making progress in removing this plant.

If you’re interested in being part of the Bee Team, helping with invasive species removal, or want to be part of another branch of Green DuBois, send an email to GreenDuBois@aol.com. More activities will be announced through the summer. 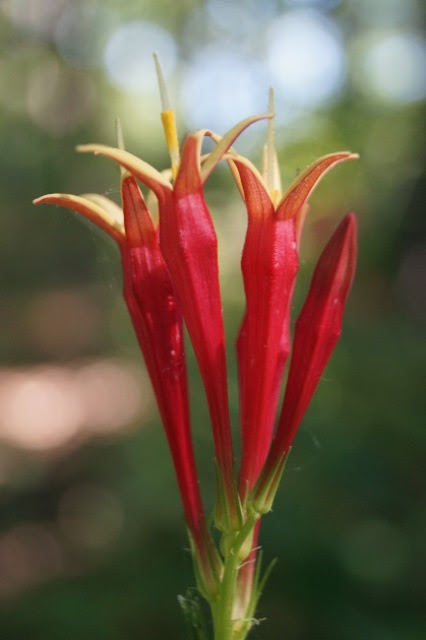 We were happy to welcome a group from St. Paul – Lebanon Sunday, May 2 who worked tirelessly to clean up our signs! We also welcomed a group of Green DuBois volunteers last week to help eradicate invasive species and plant herbs in planters near one of our cottages.

We are always happy to welcome volunteer groups, or host your communities for retreats! You can contact us at dcinfo@duboiscenter.org for more information on how to get involved! 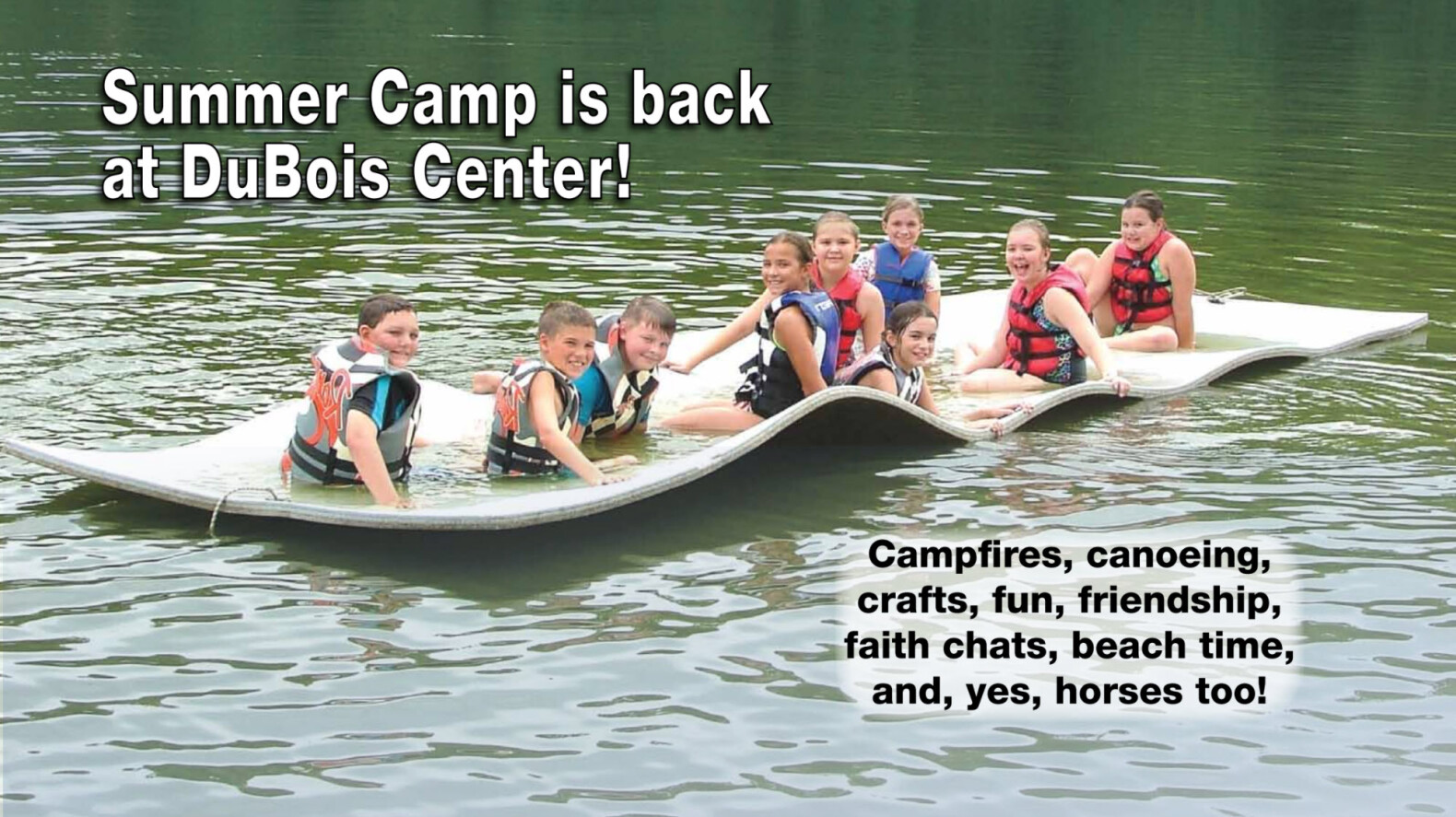 Summer Camp is back at DuBois Center, but we need your help to get the word out. We’re making resources available to you through the mail and online. Your church will be receiving promotional materials from us this week. Watch the mail for a package with posters, bulletin inserts, camp schedules, postcards, and fliers that can be posted, copied and shared. You’ll also find a letter from Hayley Elliott, our new Acting Camp Director, Top 10 Things Churches Need to Know about Summer Camp 2021, and suggestions for ways you can help us promote camp this year. 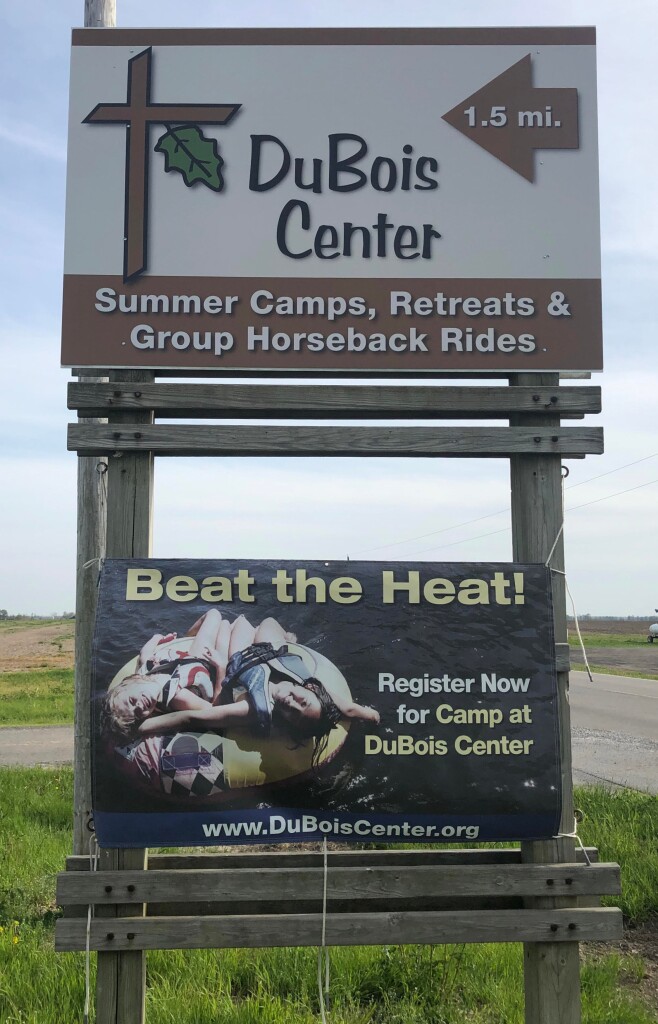 In case you missed Dakota’s FaceBook announcement yesterday, our Summer Camp registration is now open!  Not sure which camp sessions to register for, check out our Summer Camp Schedule. 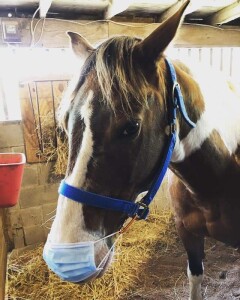 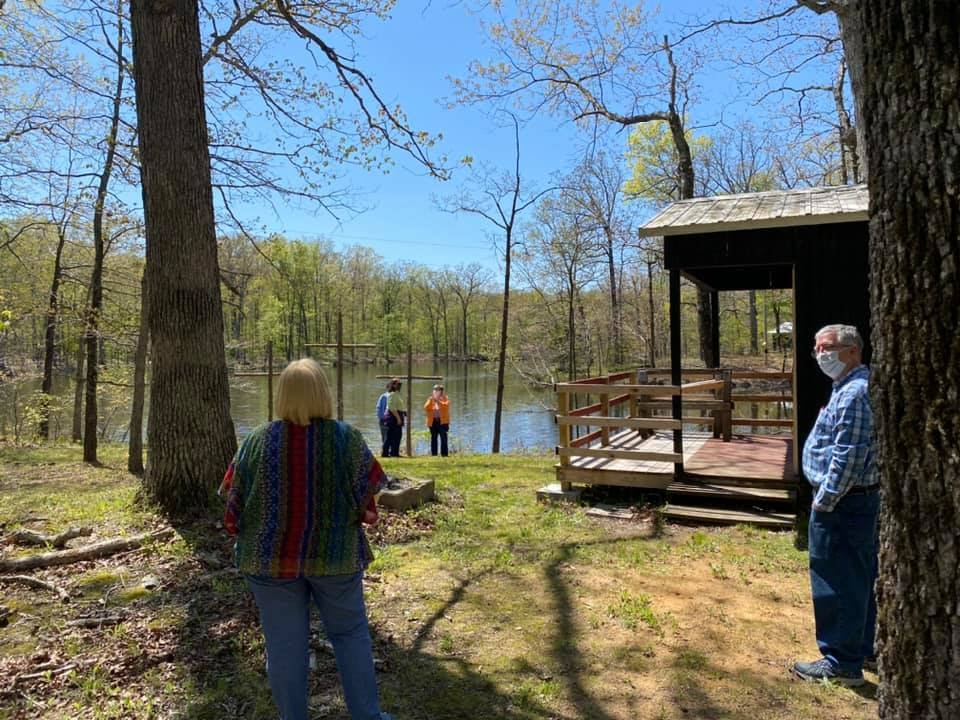 It was great to be with those who were able to be there at our Open House Sunday, April 25! The energy in the air of having a group back on site was fantastic. We blessed our new bees, said hello to the horses, and modeled what our summer cabins will look like with our COVID-19 precautions. If you missed this Open House, be sure to check out our website and social media pages for some of what you missed! 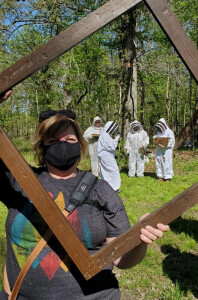 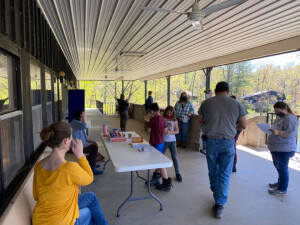 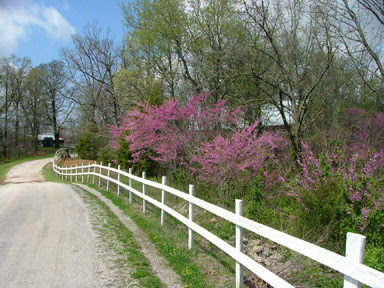 When it is spring, I feel hopeful: it seems like new life is bursting forth all around us. Grass is getting greener and growing, flowers pop up anew. But what I have realized over the last few weeks is that I tend to think of spring from an annual, not a perennial perspective. When spring arrives, I tend to think that this is all fresh and new and delightful. In reality, very little of how we usually experience spring is new, growing for only one season as annual plants do. Instead, our spring is influenced by a multitude of perennial plants, which have for a time moved underground to protect themselves from the harsher elements of winter. What we see in spring is not necessarily new life, but the perseverance of life through more difficult seasons. In the same way, what we see in the fall is not plants dying, but preparation. We can give thanks to God for the preparation and perseverance of creation!

Since DuBois Center made the decision that summer camps would not happen in 2020 due to the COVID-19 pandemic approximately a year ago, much has been persevering in preparation for the future. At our last Outdoor Ministry Team meeting, Nancy Wagner, chair of OMT, pointed out all of the ways that our camp, DuBois Center, has ministered to its community and extended our care for creation in this more difficult season. From partnering with Hoyleton ministries, to working on the property, to Green DuBois’ bee project and removal of invasive species around our property, to the tireless work of our marketing team, DuBois Center has persevered and served God’s mission well. In addition, it has prepared for the new possibilities that spring has to offer. Thanks be to God!

I pray you experience the abundant love of God in the coming week!
Hayley Elliott, Acting Director of Outdoor Ministries 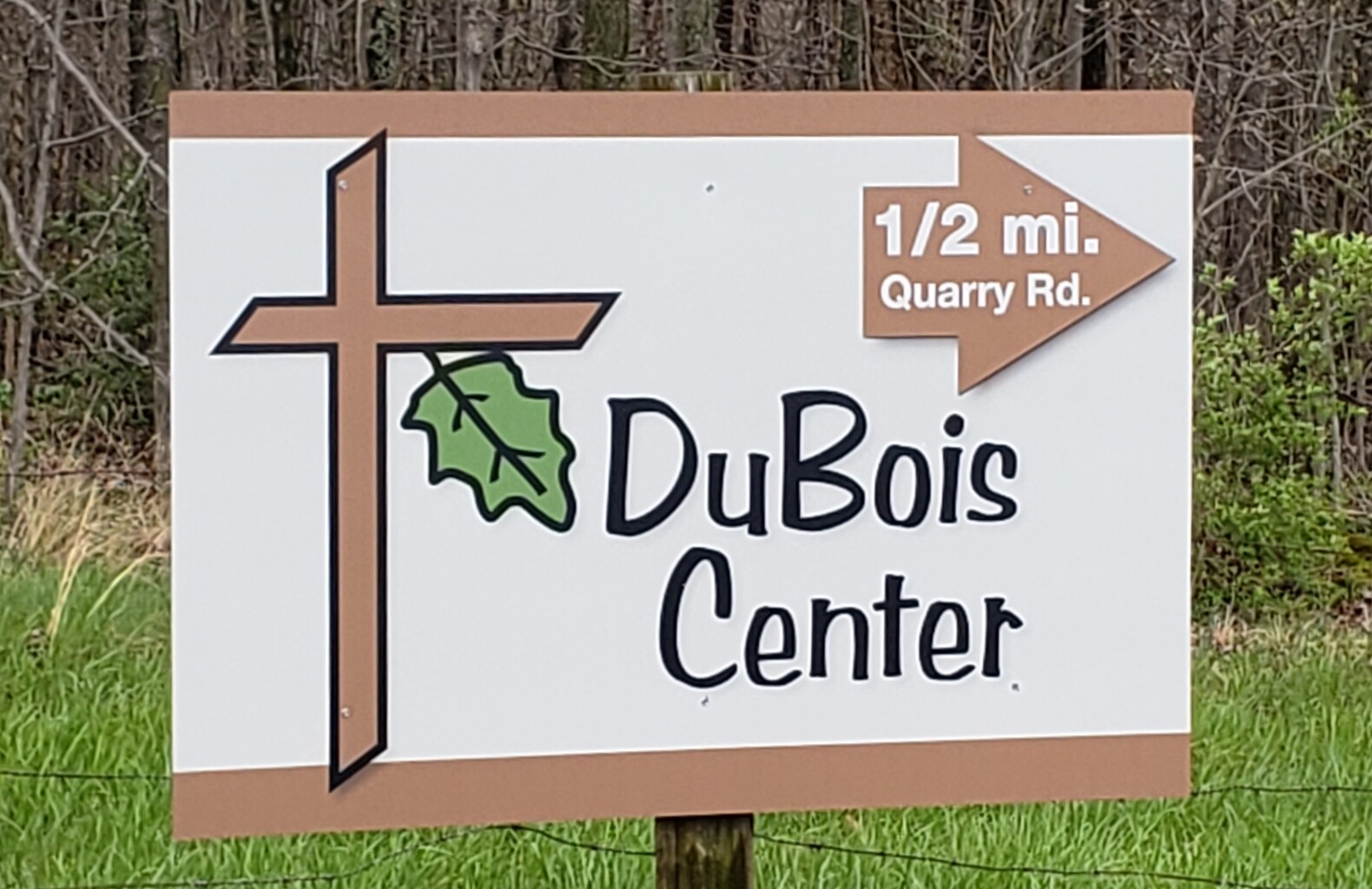 Many thanks to our Marketing Committee for their efforts designing and printing the signs and to DuBois’s Property Committee for mounting the signs.  Thanks to the Outdoor Ministries Team and Conference Council for supporting and funding this effort. 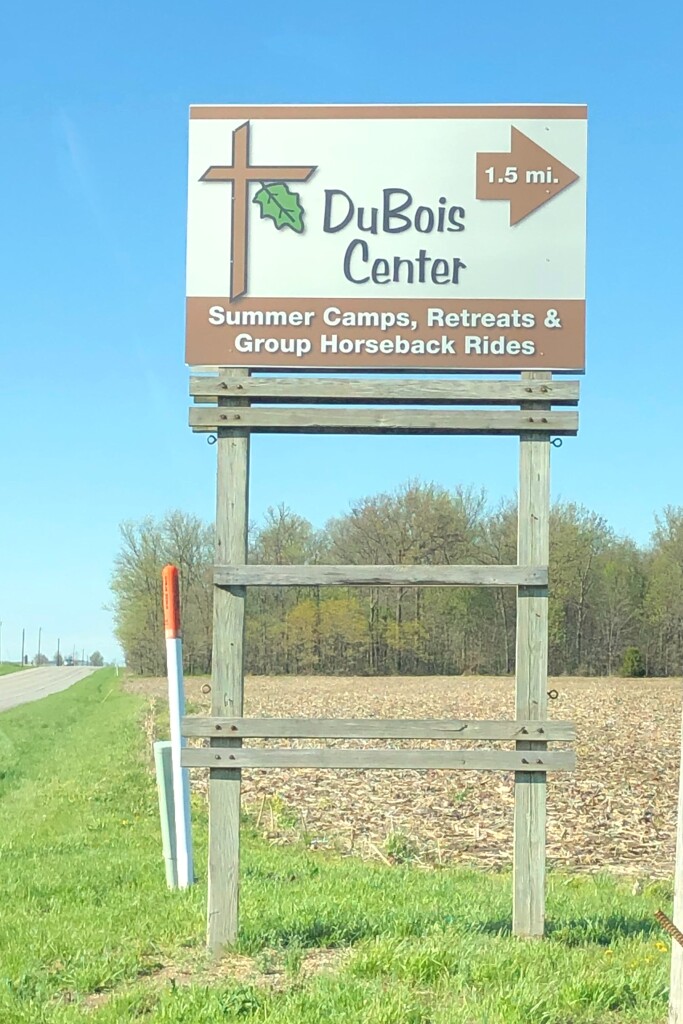