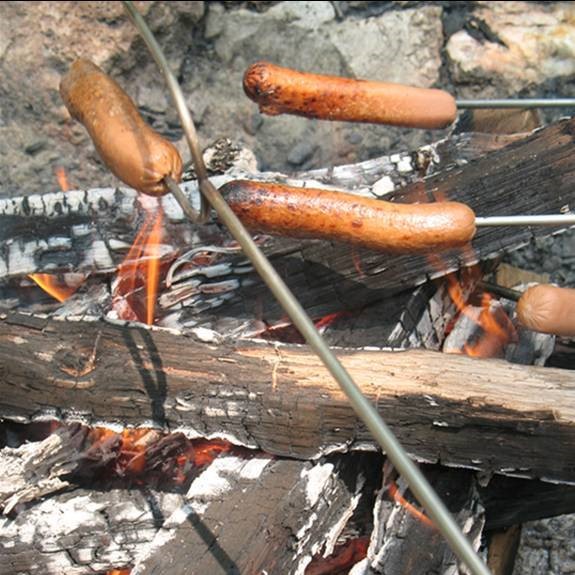 If you missed any of our DuBois Center virtual campfires – FEAR NOT! They are still available to view, just without the chat feature. Need some fresh, fun, family-friendly activities? Watch from the comfort of your sofa, around a campfire in the backyard or maybe even using a big screen in the driveway. Make popcorn or roast hot dogs. Tune in and sing along, laugh, search for familiar faces, and listen to words of inspiration and challenge. Click below for the different editions. 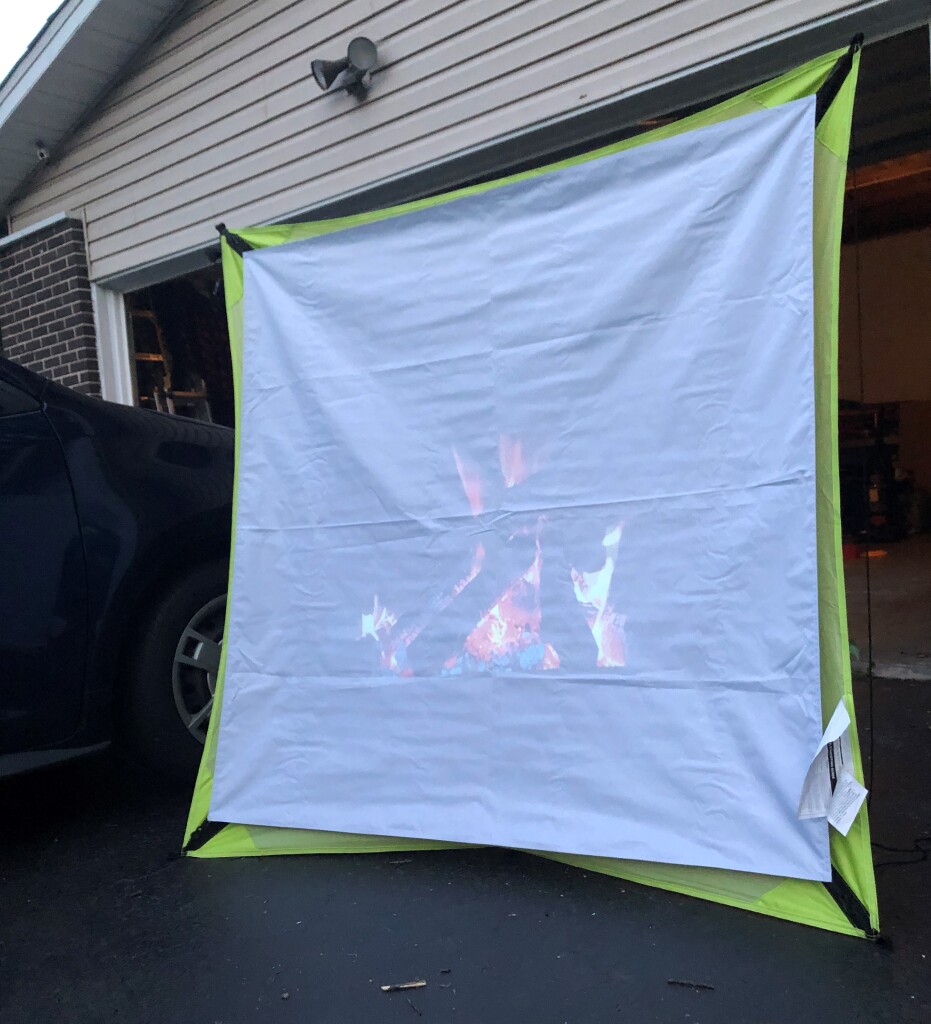 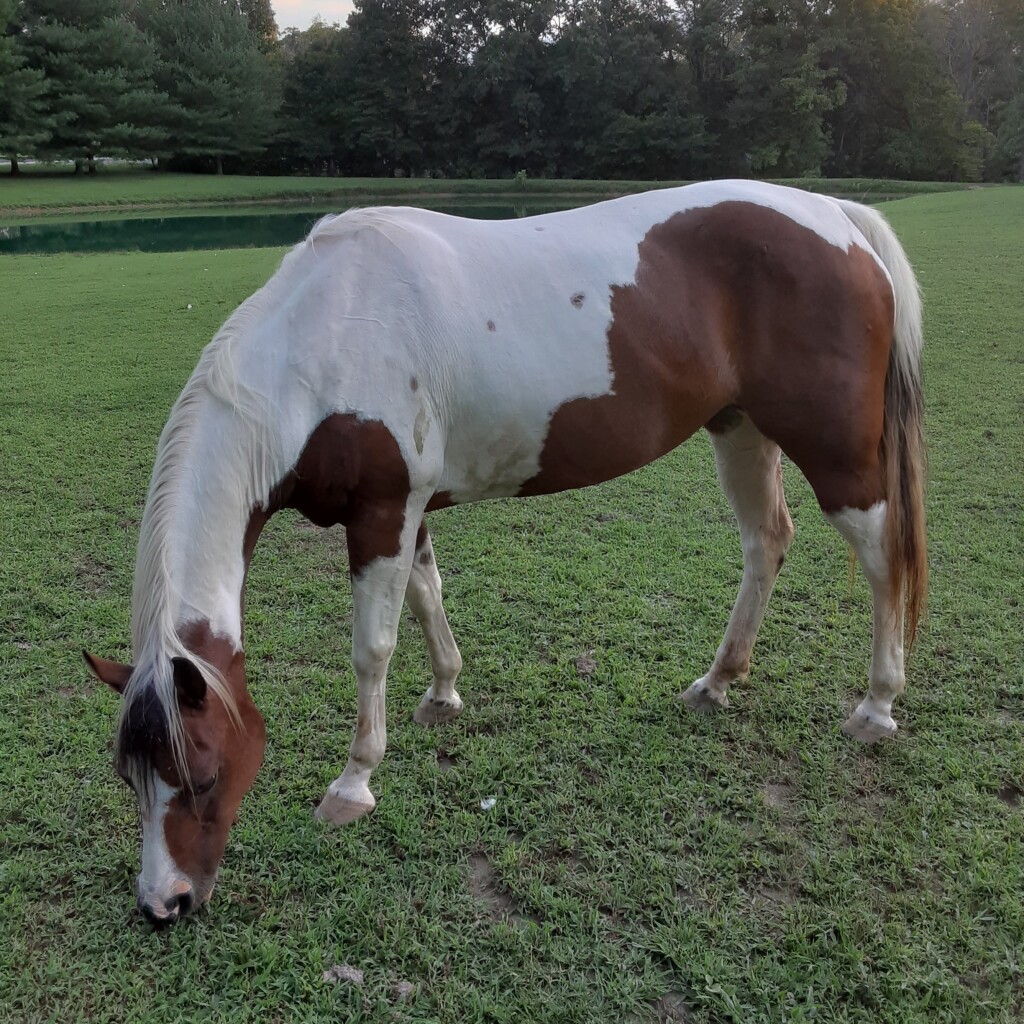 Doggie Day Care is a familiar concept for many. Thanks to volunteer Sharon Schafer, we have a similar but enhanced version for our horses. During a typical season, summer staff work with our herd six days a week. The horses come into the barn daily and are assessed and fed. During a COVID year with limited staff, this amount of attention is just not possible. A couple of our horses were looking too skinny. They were tested for worms, medication was prescribed, and their diets enhanced. To be most effective, treatment and extra feed was needed daily, sometimes twice a day. Sharon and her husband volunteered to care for the horses at their home and provide the extra TLC needed.

Classy and Thunder returned to camp last week – healthy and happy. In their place Apache and Sunny headed to “the spa” for their tune-up. Thanks so much to all our equestrian volunteers for the hard work, and especially to Sharon for this extra TLC! 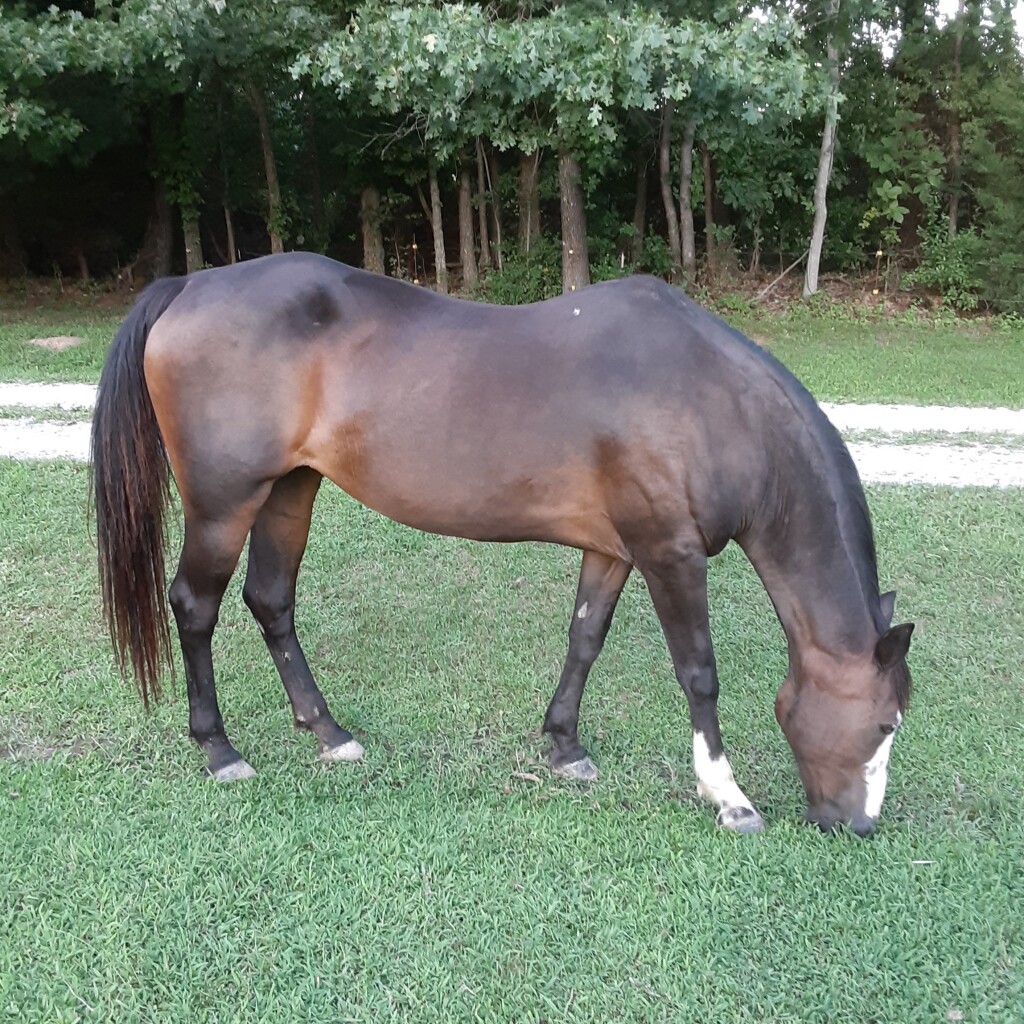 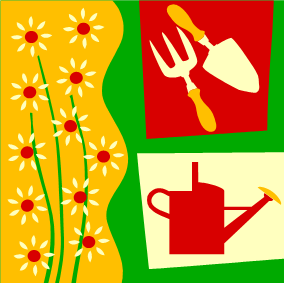 Before storing your yard tools at the end of summer gardening season, it might be good to take stock of just what has accumulated over the years – 4 trowels, 7 kneeling pads, 3 hoes, etc. Amazing – isn’t it?! Are there extras that are no longer needed to care for your garden? If yes, please consider donating them to DuBois Center. We have a random hand tool or two, but not enough to accommodate work projects for family groups, confirmation classes, scout troops, or other willing volunteers. We do have lots of full-sized rakes and shovels, but more tools specifically for garden work – planting, weeding and pruning – are needed. Think trowels, cultivators, hand weeders, hoes, small pruners and shrub rakes.

Contact DuBois Center for more information at dcinfo@DuBoisCenter.org or 618-787-2202, or consider a leisurely drive to DuBois, Illinois. Tools can be left on the front porch of the office. Thank you! 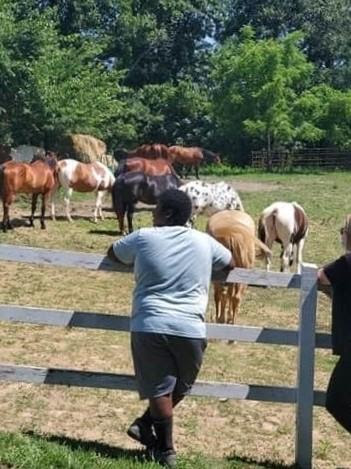 Earlier this month, we shared the joys of working with young people and staff from the Hoyleton Youth & Family Services at DuBois Center. We led activities with small intact cottage groups from the residential program in Hoyleton and were able to provide a great outdoor escape for them. Fishing, riding on a pontoon boat, playing games, swimming, enjoying a hayride, and hanging out with the horses were all part of the fun. We worked with Hoyleton leadership and the Washington County Health Department to develop a plan for the safe implementation of the program. 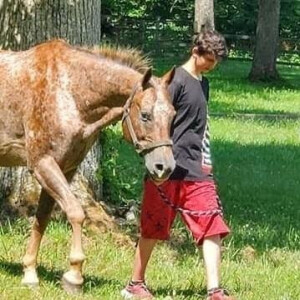 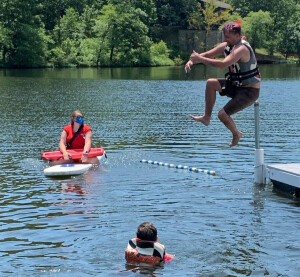 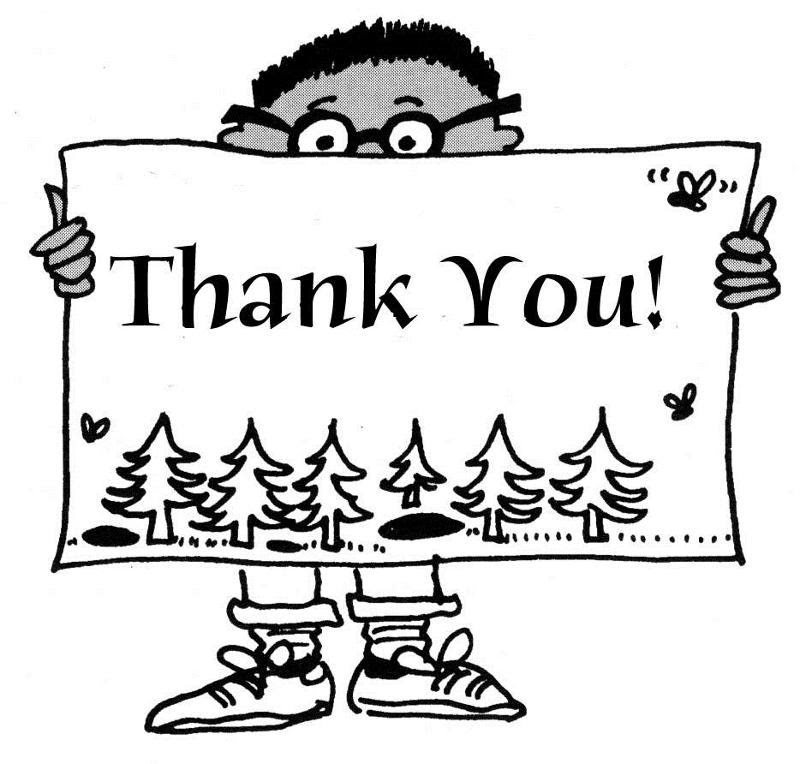 A special thanks to our local bank for a gift and the recognition of the importance of DuBois Center’s ministry. Even though most DuBois Center funds are housed with ISC funds in FCB Banks, we do keep a small account with this community institution. It’s used for cash received at camp, stocking our cash boxes for Fall Festival and Schnuck’s script payments. One of the biggest benefits, though, is having a friendly, local bank where our international summer staff can easily cash their checks.

Karianne Schnitker from the bank wrote, “We are so very sorry this pandemic has affected business at DuBois Center. We know how hard your group works to give area youth the experience of a lifetime through your summer camp program. It really is a shame these couldn’t continue like normal. Please accept our $2,000 donation to help defray some of the lost revenue. We knew your organization would put this money to good use.” The bank received a grant from Federal Home Loan Bank of Chicago due to the COVID-19 situation. This grant enabled them to distribute funds to a variety of groups that are enduring hardships.

THANKS Farmers & Merchants Bank for being such a good neighbor! 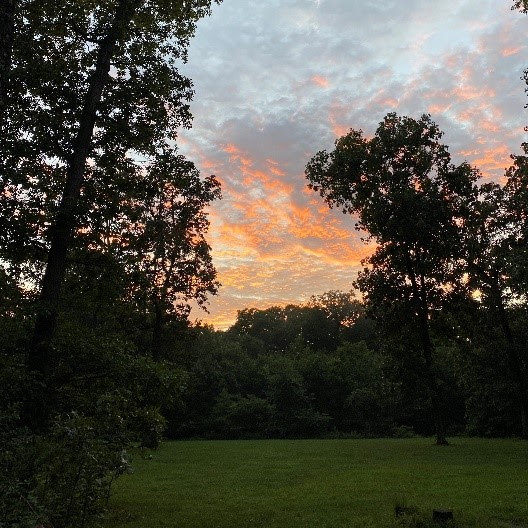 Today’s edition of 60 Seconds of Solitude features amazing skies and reflections at DuBois Center. The video is a series of photographs taken by Aaron Fuchs and other camp friends. Summer is drawing to a close; teachers and students are heading back to their classrooms – wherever they might be. It seems an appropriate time to reflect on the vastness of God’s love, and to consider how we might reflect that love back to others. These are anxious times, but God is with walking with us. Try to sit back, relax your shoulders and breathe deeply. If you need a focus point for your quiet time, try Philippians 4:13, “I can do all things through him who strengthens me.” Remember to look to the skies and all of God’s creation for guidance and inspiration. 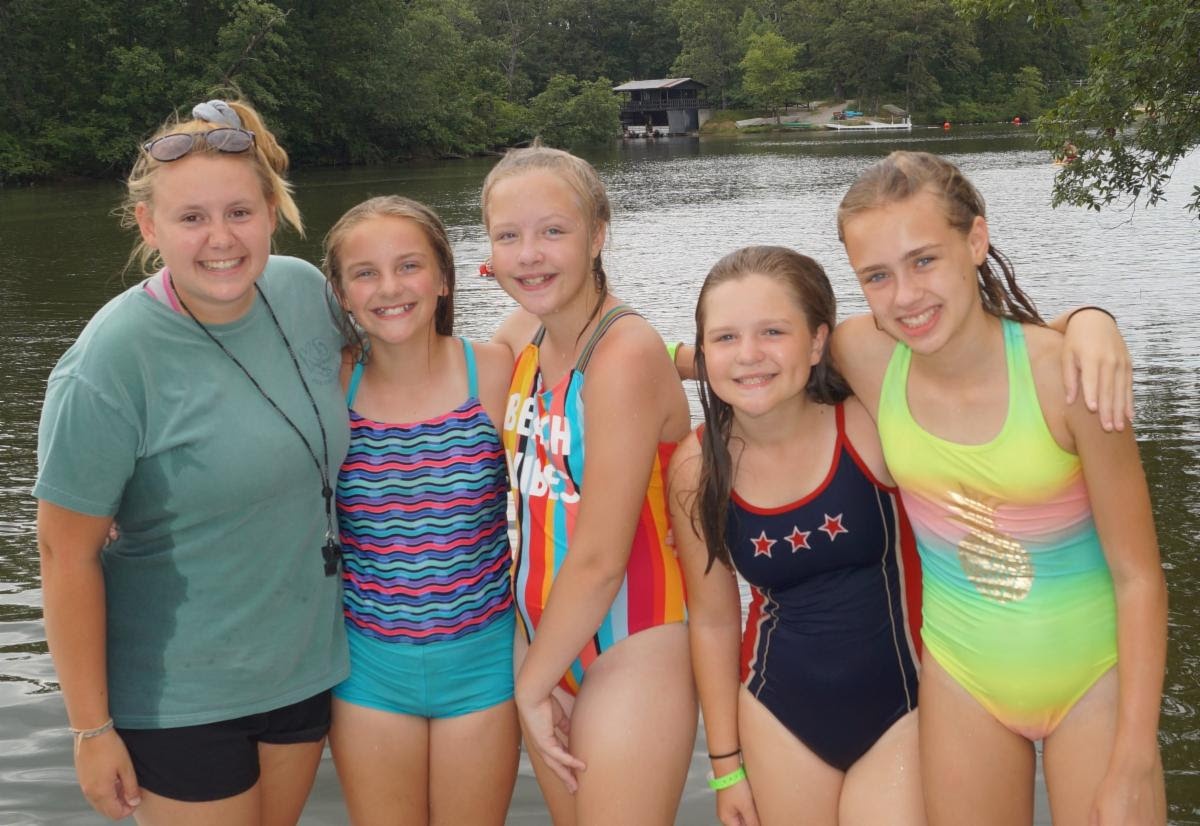 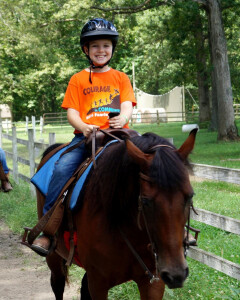 Since 2017, Zion UCC in Addieville has been extending a hand of welcome and encouraging young people to make new friends, grow in their faith, and experience the joy of DuBois Center. Each spring, the church sends an “Every Door Direct” mailing to their community through the postal service inviting families to give their kids the gift of camp. The church pays for all but a small portion of the camp fee for everyone who applies.

Over the years, this has been a great way to support DuBois Center with new campers and good PR, while spreading the word about Zion’s family-friendly ministry. This year, with no summer camp, there were no campers to support. Instead, church leaders decided to allocate the $5000 that would have typically paid for summer camp fees to support DuBois Center directly. Their gift will help to ensure the Center’s viability during these challenging times.

A SPECIAL THANKS to Zion UCC in Addieville! 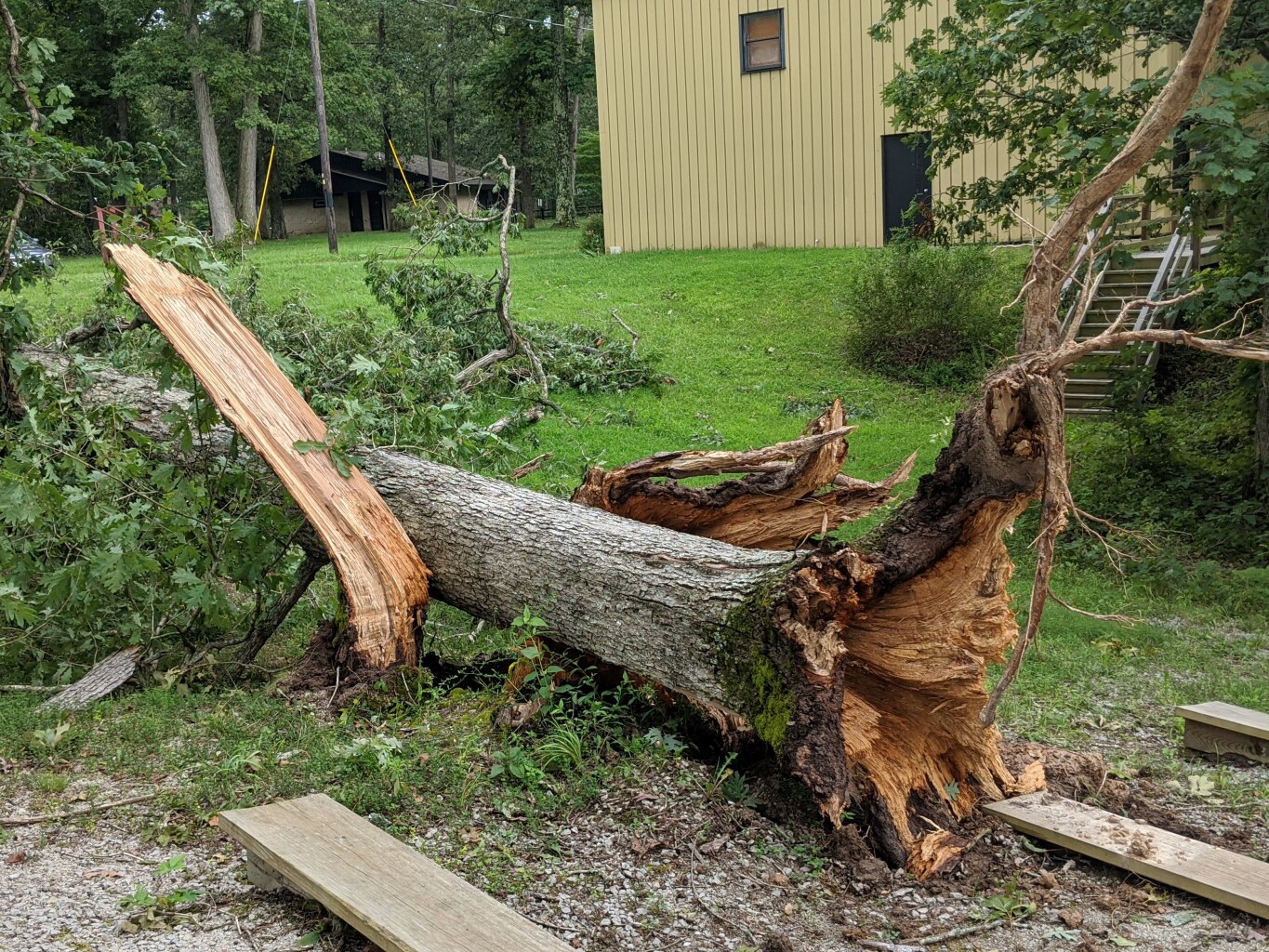 Today we were able to check out the damage around camp. We had heavy winds for 20-30 minutes, but miraculously, there appears to be no major damage to any buildings or facilities… at least not that we have found so far.

The bees are buzzing and their hives appear untouched. The horses were in the Deer Run pasture which suffered less damage and also appear to be fine. We’ll check on them again tomorrow.

We did, however, lose a number of trees, and the ground and roads are littered with branches of all sizes. There is some delicate work needed. There is a tree gently leaning onto the roof of Coveside cottage. The chapel in Main Camp has much less shade now, but the benches are mostly intact. Some work will be needed when the remains of a large tree are removed.

Thanks for keeping DuBois Center in your thoughts and prayers. 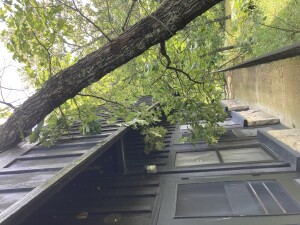 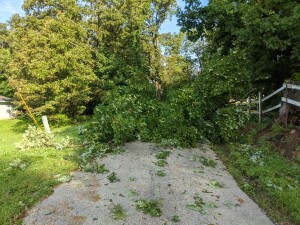 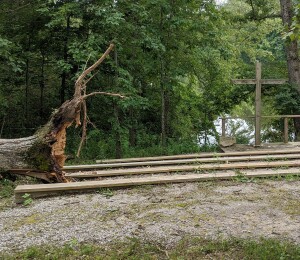 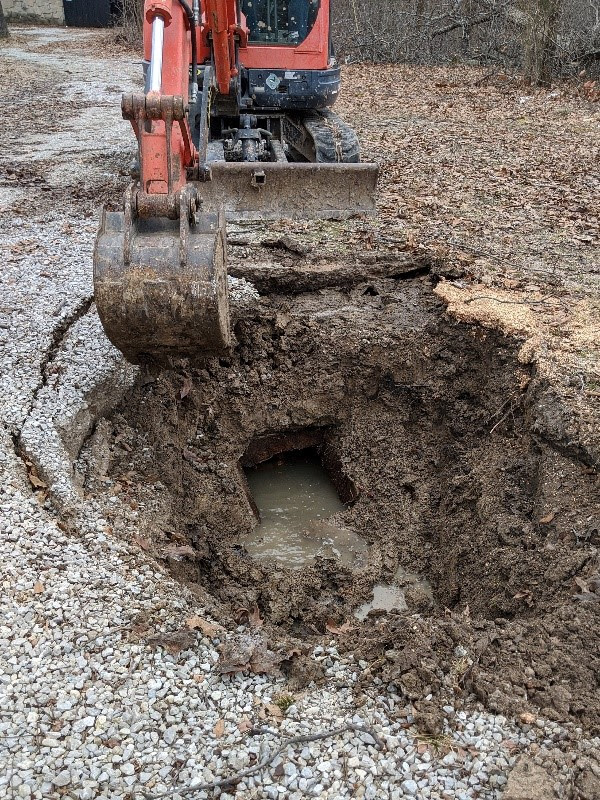 Late last fall, a “sink hole” was discovered in the Rustic Village and theories about its origin were flying. Old records were examined, and calls were made to past staff members to determine the cause. Early in 2020, volunteers from Grantfork UCC arrived with their mini excavator. They gently dug around the collapsed area and confirmed our worst suspicions. The 50-year-old septic system had caved in on itself.

Then came meetings, bids and state reviews. The work was scheduled to begin in mid-May, but heavy rains and a surprise backlog of projects for the contractor delayed the project. The work began in early July and was nearly completed. There are now new pipes from the Rustic Shower House to the new septic tank and then on to the new sand filter.

This is all good news, except that there was nothing in the budget for this surprise expense.  Fortunately, late in 2019, DuBois Center received two sizable gifts. The Legacy Gift from the members of St. Peter Evangelical UCC in Granite City upon the closing of their church and the subsequent sale of their facility totaled a donation of $12,000 to DuBois Center. The other gift of $10,000 was an anonymous gift from a UCC church member. Both were undesignated with the intention that they would be used to support the ministry of DuBois Center. The ISC Conference Council decided to set aside a portion of the funds for deferred maintenance and major projects at DuBois Center. Within the next month or two, the sink hole emerged. The timing of these gifts could not have been better!

A special thanks to the former members of the Granite City St. Peter Evangelical UCC and the anonymous donor for their critical support. 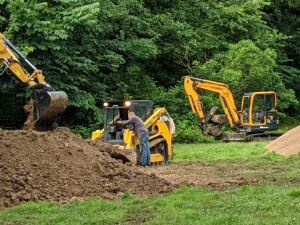 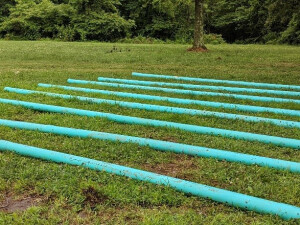 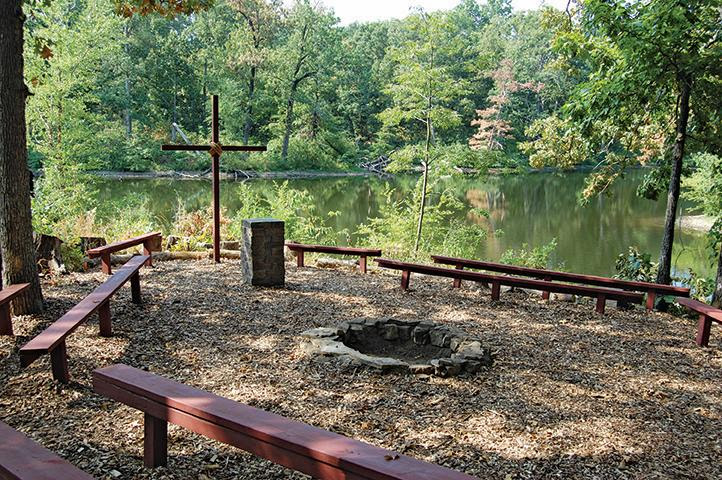 Today we share another edition of 60 Seconds of Solitude from DuBois Center. It’s often difficult to take time to breathe deeply, relax, and remember that God is always with us. We hope these short videos of scenes from around camp will provide the inspiration needed.

Today we are sitting in the Rustic Chapel – this summer, a site of fallow ground. If you really listen, you can almost hear the songs of joy, heart-felt prayers, and words of inspiration, challenge and forgiveness. The Rustic Chapel nestled lakeside among tall oak trees truly is a sacred space.