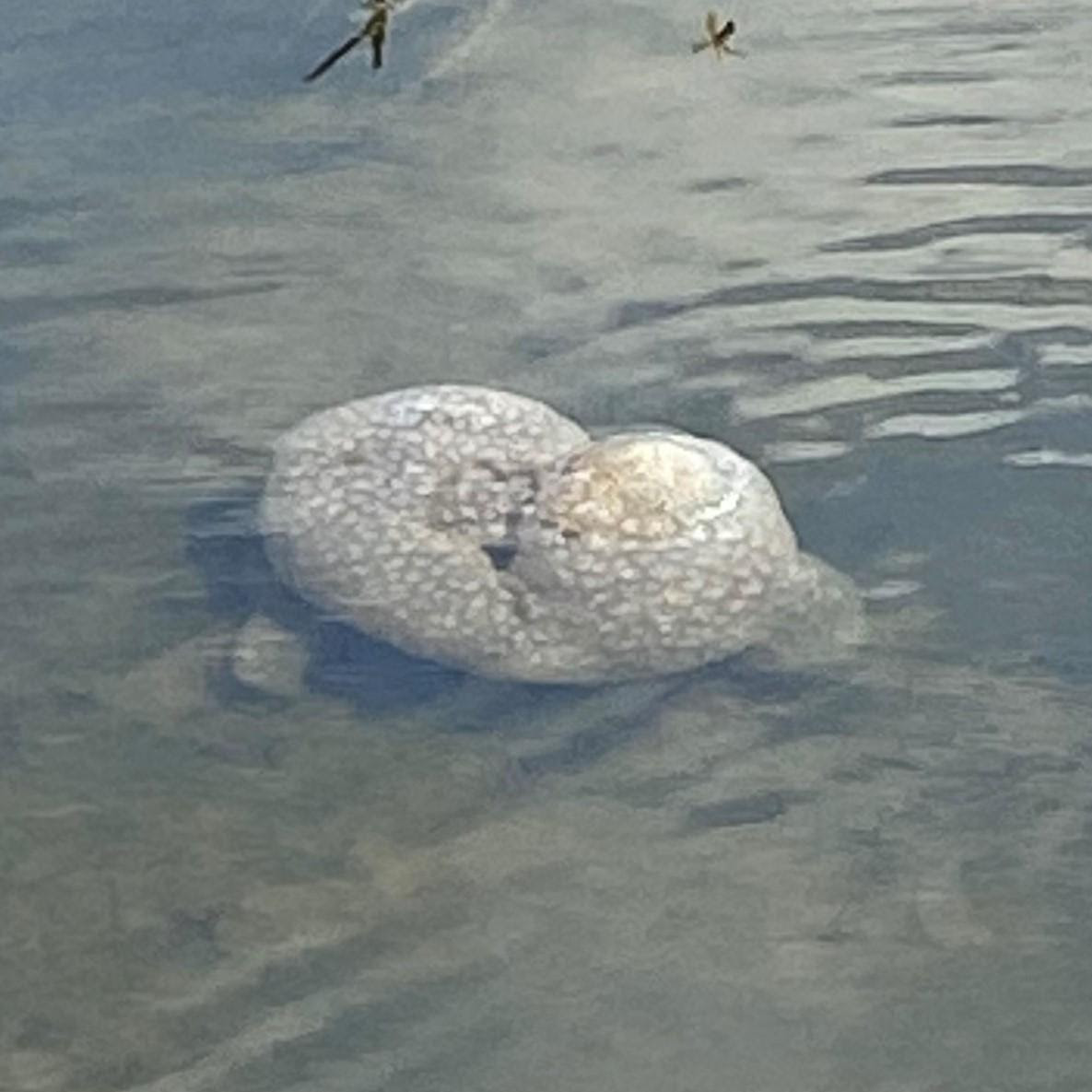 Ever wish for a cleaning crew that would quietly and quickly take care of your home – at no cost? We think we may have just such an anomaly at DuBois Center. Due to uncertain finances and difficulties finding a new lake treatment contractor, the decision was made to either not treat the lake this summer or significantly limit the number of treatments.

As usual in late spring, algae growth was evident; along the shoreline, it was reaching out about eight feet in places. Surprisingly the algae never grew much beyond that. The lake did “turn over” a time or two, but still there is typically always algae, and now – in the heat of the summer – there is almost none. Yes, that’s right – almost none! On closer inspection, what we did find was a multitude of Bryozoa, a mysterious moss animal.

We first noticed these creatures a couple summers ago and did some initial research then. We learned that they are not toxic, venomous or harmful to humans. They do have an “ick” factor because they appear to be gelatinous blobs and attach themselves to docks and ladders. The biggest issue, of which we are aware, is their tendency to occasionally clog underwater screens or drainage pipes – much like algae and mushy leaves.

Bryozoa are tiny colony animals, which means they live in community with each other – sounds very camp-like! Thousands of individual moss animals, typically only .02 inches in length, make up the one blob pictured here. Here’s the mystery cleaning connection – they have little “arms or fingers” with tentacles that strain food particles out of the water and in doing so, help to clean our lake water. Are they the reason for our nearly algae-free lake? We don’t know for certain, but if not – it is a strange coincidence. 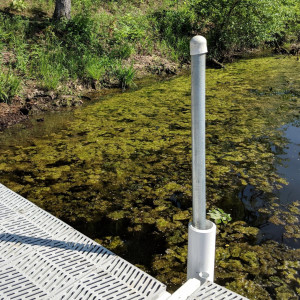 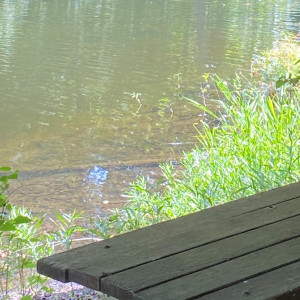